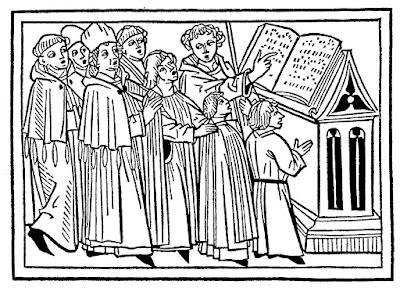 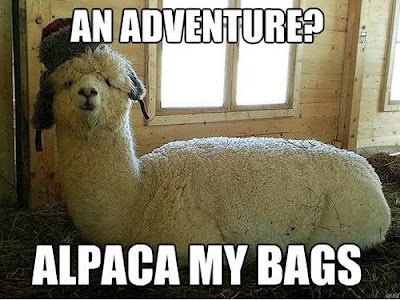 The DM was Steve.

Meira, Level 2 Half-Elf Fighting-Man played by Nate as an NPC since her normal player AJ couldn’t be with us tonight.

When Last We Left Our Murderhobos…

We had just defeated an owlbear in a large library. We just missed the evil wizard Oliver and his nigh-companion (!) Sylvia, who we had been sent to rescue disappearing through a secret door! And we decided to switch up our marching order to put more beef up front.

So we dashed up to the portal where Oliver had gone. Vuvier checked for traps and found there was something ot quite right about the doorknob.  So Ældlin called upon one of his goblin lackeys to check the door. Alack! The goblin touched the knob and was instantly slain! Poison!

So that solved that door thing.

Ronin, he of Strength 18/98, casually obliterated the door with his boot and we stepped through the hole in the wall. Oliver was long gone.  Or was he? WE HAVE A RANGER!! And the dungeon complex is made from packed earth, not stone – she can track them! YAY for Faelin!

She tracked him through the compound and right into a bare wall. We checked and Vuvier found a secret latch and opened a secret door! We went 20’ in and there were bags and bags of rich stuff.

Vuvier, in spite of his better nature, went to collect the jangling, glowing coins. But he tripped a metal door trap which pinned him against a wall!  The rest of us rushed in and found Oliver was guarded by three zombies.

Everaxe the Dwarven war Cleric held his mace back and instead turned the foul fiends. Faelin shot Oliver with an arrow. Since he was cornered and apparently out of spells, he surrendered. He said he would tell us where Sylvia was if Everaxe the Cleric swore he would release him safely. Everaxe thought about it and slugged him unconscious instead.

We extricated Vuvier from the trap. He was okay. A little HP damage but hale and hearty.

We picked up 9600 GP worth of treasure in coins, jewels and jewelry (YAY!) and additionally found several potions and an interesting old leather box. We suspect that the jewels and box belong to Sylvia or were part of a dowry.

Again thanks to Faelin, we determined the bags of coins and rich stuff had been dragged into the dungeon quite recently. Perhaps the riches were Sylvia’s ransom…?

We went back to check the books. The other goblin asked us, “Where is my brother?”

Ældlin told him, “I’m sorry. Your brother is dead. Poison. Oliver did it!”

The goblin jumped upon Oliver in a murderous rage! Before we could stop him, he had run Oliver’s skull through with a potato peeler! Ronin slugged the goblin and killed him.

With a dying declaration, Oliver told Everaxe where to find Sylvia: in the stockade with the men from East Reach where we had late escaped.

Ældlin gave the remaining goblin a healing potion, bringing him back to life. In exchange, the goblin turned up a Ring of Invisibility, Oliver’s spell book, a Dagger +1, and several potions.  Score!!  And now Ældlin has another goblin to hench for him – until there’s another poisoned doorknob.

Ældlin also gave Ronin the Ring of Invisibility, fulfilling Ældlin’s promise to Ronin to give him a magic item in exchange for exclusive bargaining rights for Sylvia’s.

The seven friends and grieving goblin left the dungeon complex, having killed everything and looted a heck of a lot. Ældlin dismissed the snare at the entrance and asked a squirrel if she’d seen men like those at East Reach. She had, and they had been there in the last two days.

Faelin found the tracks of dozens of men and horses heading in the same direction we were going – to Castle Clifton. They were six hours ahead of us. We were low on spells and hit points and there was no way we could reach them in time anyway. Clifton was on his own for now.

We found a secluded spot in the West Wood to bury our treasure, heal up, rest, regain our spells, and level up.

The other three gain quite a lot of good XP on their way to their next levels.

PROPS: Everybody! I think we made every roll tonight. We all used our special abilities and all made great decisions! Steve made it so fun because we all had a chance to contribute. (Granted, Thane and Meira didn’t do much but Julie had another, active PC and AJ wasn’t there to notice.)

SLOPS: Having to stop earlier than normal tonight. Oh well, we all had a chance to beat the bad guy and get rich!

Additional PROPS: The cat Rosie who was just a total luv all night, spending time in every lap in the place.

NEXT TIME: Magic up a strike team with Invisibility rings and potions and infiltrate the stockade to see just whether Sylvia is there now... or had the foul fiend misled us with his dying declaration?

If you have no one in your family to honor, remember J.R.R. Tolkien today.

Incidental navel-gazing: I have been finding that the more I learn, the more I question conventional wisdom. I think I'm turning into a D&D hipster.

For this, I denounce myself! ;)

The balance to this - the critical hit - is not enough to satisfactorily balance the additional harm the system does to their chances. While small, this disadvantage will add up over several fights.

The solution I came upon is to give only the fighting-man the critical hit. A fighting-man who rolls the 20 drops his man to 0 hits immediately. Like hitting a home run - that at-bat is over, in his favor. It means mooks chump negligibly quicker and he has a chance to slay the nigh-unslayable dragon.

Don't like not getting the crit? Play the fighting-man!

And yes, one-shotting a dragon is pretty awesome (if possibly anticlimactic.)

The larger point is this: combat can be exciting and satisfying with few rules. You don’t need the HERO System to get it right. In early D&D especially, presuming general competence in adventurous men and adhering to simple rules like move rate, morale and attack rolls versus armor class make for perfectly satisfying combat encounters without the gimmick of a critical hit table.
at November 09, 2017 No comments: 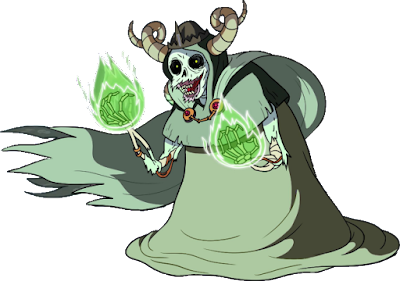 Some of the fellows on ODD74 were discussing the drawbacks and benefits of becoming the lich. In light of how "easy" it is to brew potions of longevity (3 weeks' work for ten years of life), it seems like sheer folly that anyone normal would want to become the lich! You could just stay alive indefinitely and enjoy many, many, many good years by drinking potions!

Of course you wouldn't want to become the lich. You are normal. You like life and would to have more quality years to enjoy it - even if a lot of the time is spent working. But that's only for normal people, like us and the ones you and I meet every day.

One of my meta-assumptions is that the race of Mankind is consumed by Ambition. That doesn't mean everyone is a maniac, but rather Men are more driven to excellence than are other kinds of people in the Realm. (This assumption explains a lot of things which I won't go into here.)

Some people are consumed by different ambitions. They are held together by, their life-force completely directed by, some overwhelming negative drive. Without this drive, they would no longer exist in any real sense.

This second kind of person is the one who becomes the lich. Undeath is not a horrid fate to be avoided, but rather a blessing. No longer is he tied to humanity, no longer driven by food, companionship, sleep, or bodily functions, the lich is able finally to get its work done. And it never has to stop.

Liches are really, really driven to accumulate power. More than anyone else in history.

If there were lots of people like this, then there would be an arbitrarily large number of liches due to their arbitrarily long existences. In many campaign worlds there are zero, one, two, or a few, which means there are very few people indeed who have the power to become one, and also do indeed go through with it.

You or I would not become the lich, but that doesn't mean no one would. The lich is born long before the ceremony is performed to create it - lichdom is eternal, only marked by the softness of life at its beginning. Apotheosis is but the start of everything to come. 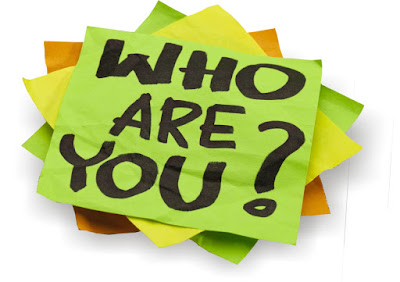 Personality is important! It's important in the part of the game that, earlier on, had no rules to it. The only "personality" the game demands is to play to one's alignment. Even Charisma is not so much personality as it is a mechanical stat that helps adjudicate how persuasive your figure can be,

As the import of "role-playing" as we know it today increased (and as the concept of "player" and the concept of "character" became distinct from one another), more rules were added to reward playing a role at the table.

But in the beginning, role-playing was its own reward. And that is a good thing, because not everyone likes to do it or is clever at it. But Dave Arneson invented the Platonic idea of the role-player as it pertains to D&D back in Dave Wesley's Braunstein games.

In my version of D&D that I wrote, there are no rules for RP other than Alignment (which dictates languages and the Cleric's conduct). There is still a ton of RP that goes on - there's just no in-game reward for it; I have found that the table reward is enough.

It is through the special alchemy of RP that we are able to turn paper men real in our minds and therefore fall in love with them and with the game as a whole.
at November 03, 2017 6 comments: