In case you haven’t heard, my debut novel Western Terminus is now available at Amazon through the link in the sidebar there. Very good reviews. You’re going to love it. I put the final edits to it in Feb 2019 and here we are in June almost (!) and there’s been very little movement on the next installment of this Eli Tucker series, titled The Fixed Element. I’ve got about 6500 words in the can, and I want the book to run about 65-70k, which would be just under 300 pages.

The story picks up after Christmas in the early spring, maybe just before tax time. Eli’s FBI relationships are easy to follow up on because he’s still with the Bureau, so that’s good. I introduce a new interesting character who will help him through the first part of the story due to his connections. I introduce one of the two antagonists for the book very quickly too.

But something has been holding me up: the location. Both sets of antagonists are in the Tucson-Phoenix corridor, outside of Cochise county. Jim Funk and Heather Hill, both of whom are important people in his life, are based in Cochise County and for whatever reason are unlikely to come into Tucson and Phoenix. So setting the action in these cities meant I could not for the life of me figure out how to weave them in.

Sure I could write separate subplots for them (and Harold) but that would leave the book disjointed. There’s already an A reel and a B reel, so adding C, D and E etc. will make it a different kind of book. No longer a thriller, really. Thrillers have to move fast.

And herein lies the writer’s block.

Of course the answer is obvious. Sometimes my natural dumbness overcomes obvious solutions. That’s how strong my dumbness can be. The answer is to move the main antagonist from southeast Tucson, where I had planted them, over to Cochise. Cochise isn’t very populated but there are enough dots on the map that I can squeeze this antagonist in. In fact, it’ll be even more threatening and dire in a smaller community.

That’s the next thing. I’m going to go back and pick up the whole scene and move it to Cochise. Then Jim Funk and Gabe Rodriguez and Heather and even maybe Ellen can work in easier. Probably not Ellen, but her situation is the focus of the B plot so I’m not as worried about it.
at May 31, 2019 1 comment: 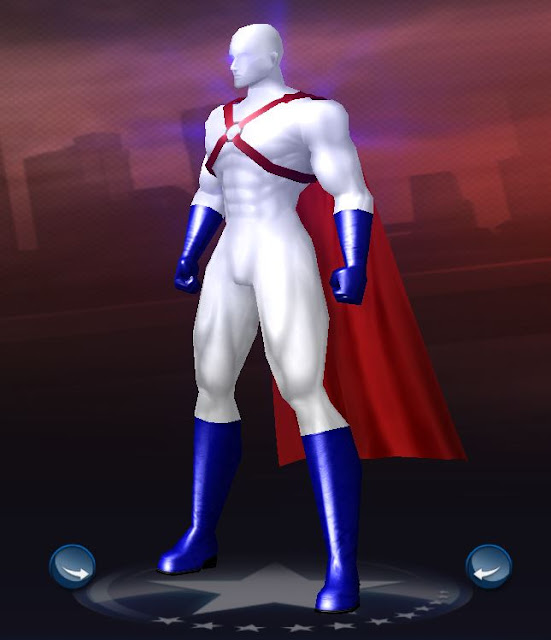 The Atomic Age dawned upon Mankind with the promise of cheap, unlimited energy. Enough energy to raise everyone in Creation out of poverty. The power to send us to the stars.

In 1957, the reds beat us into space. Sputnik crossed over America at the edge of forever. We had been beaten. But we were not going to stay beaten.

The year is 1961. I’m 32 years old. A Lieutenant Colonel in the new US Air Force. We were testing the X-49, an experimental nuclear fighter/bomber which could fly forever without needing to refuel. Its envelope was like nothing else at the time. The airframe went on to be the basis of the SR-71. Let me tell you, it was a hell of a ride.

Second test flight. I was at 160,000 feet traveling at Mach 3.3 – past the official edge of space. I was earning my astronaut wings. We had a little glitch so I went back to lock it down. I looked down for a soldering iron, and that’s the last thing I ever saw.

An instant later it’s 1990. Another instant, it’s 2004. Then it’s 2011. And then I landed back in reality in the year 2019. Somehow I’d been thrown skipping through time, like a smooth stone across a placid lake back in Vermont during the Depression. I’m still 32.

Worse yet, I had been stripped of my body and placed in… this. Pure white, nearly featureless. Little on the tall side, but basically the same shape I was before all this. The boys in the back say it’s a quantum rip in spacetime. Looking at me is seeing the sixth dimension. The shrinks say that only through my determination to land that bird did I make it through complete nuclear disintegration, having existed momentarily at the heart of a star.

We think of time as linear. Like, we’re an ant on a narrow little conveyor belt moving all in one direction at one speed. Time dilation is like that ant running backwards as fast as he can. He can slow down the progress, but it’s a one-way trip.

But the truth is, time is a three-dimensional manifold in four-space. Or, perhaps, four-time. I don’t know. It’s hard to describe. When I am hit by a particularly powerful energy surge such as from a thermonuclear explosion, I’m thrown up into the third dimension of time. From my point of view, it’s null time. Literally, zero time passes. But when I come down, I come down in the future, at a distance proportional to the energy I absorb.

How do you explain what you experience in literally zero time? How does the human mind process it? I’m not sure. Maybe it’s just my imagination filling in the details of the unimaginable.

Time also stretches east and west, as it were. We call that parallel universes, or different timelines. The drunks who write space pulp stories for kids have a better grasp on it than our top scientists, to tell the truth. We’re in one of those alternate timelines. Oh, it’s close to ours. All the same big events and all the same historical figures. Jackie Robinson was still the first colored in baseball and America still invaded Vietnam. But little things are different. Ike had a different VP for his second term and it was Bill Haley who died in that plane crash a few years back instead of Buddy Holly. But as I’d predicted, the television is a fad and everyone uses the international digital computing network to look at their programs now, marijuana reefer cigarettes overtook good old Connecticut tobacco, and basketball became popular among the inner city youth.

I’m sure I’ll skip ahead again.

I do want to go home some day and let everyone know I didn’t really die in that detonation. But most of all, I just want my face back.