You may not be able to watch the games or understand the sport, but you can partake in a game called Scorigami, aka NFL Bingo!

"Scorigami is the art of achieving a final score in an NFL game that has never happened before. It is a term made up by Jon Bois, a concept perfected by Pete Carroll, and a goal that may not be completed before the heat death of the universe." 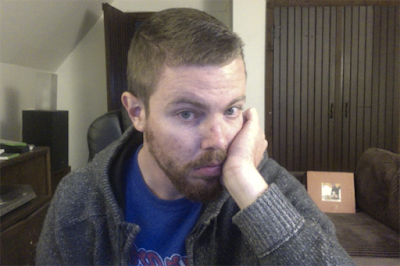 This is the enthusiastic and natty sports documentarian and storyteller Jon Bois, who is far better at his craft than should be reasonably allowed.


And here's your own Scorigami board! Complete through Week 2 of the 2018 NFL season. The rest is up to you!

Reading these few posts, you might think I've got some hangup about stealing a young woman's virtue. Not so! In fact, I've put off writing these scenes as long as I could because they're as distasteful as they are necessary. It makes me ill to write them - literally turns my stomach over.

But they're in the book because the characters are showing me what happened.

Fear not: Unlike Nesta's first assailant, Odo, this fellow gets what's coming to him.

I couldn't find anything relevant that wasn't completely inappropriate, so here is a photograph of a woman walking on a road much like the one the soldiers and monks were using. 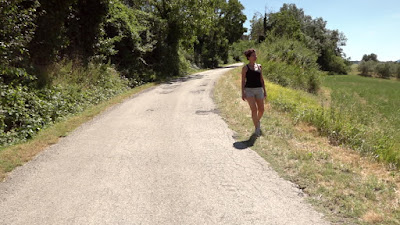 Sosthène, Ph'lippe, Médée, Almire, Ludovi and Tancrède were less encumbered than the soldiers, but also were they not as fit as men who trained for war like these. In any case, Apollo reached his highest when the troupe had trod about two leagues. They stopped to find relief behind the hedgerows. Nesta then directed all the men to leave the road and find their markings down the hill and out of sight of her. She needed them to take some time so she could also find relief, and disappeared she up the hill a bit behind the upclimbed hedge upon t’other side.

Once the sound of all the men trailed off to barely earshot distance there, she felt relaxed enough to find relief. But then, just then, some rustling within the bush behind her, near the road.

Her bantam rooster, made he Kekalek as warning bell, but nary-naught.

“Who’s there? Speak up when you are spoken to!” Nesta heard declench within her own refrain. She sounded scared and scared she might remain.

She turned about as quiet as she could and peered about. Nothing out of place appeared throughout. She breathed, and took a moment to get dressed again, wherethen a man beset upon her! Grabbed her by the ‘vices on her armor’s collar! Dashed her down upon the road! She found herself be dazed and gasping then, with riding trousers, down, and hampering her movementure.

She saw the man in full now: one of William’s men! A man who was her charge here in the bloody march to Alençon! And by the looks of him a Saxon born – a mercenary from a dark and foreign land!

Nesta found she had no voice to call out to the rest of them. The Saxon then removed his belt. She clawed about upon the ground. Her breath had still deserted her. She could not find a stone or hand of dirt to throw.

And then, deliberately, he did approach.

She found the strength to stand, and as she did, she emptied out the scabbard on her cheville gauche with all the subtle grace that she could manage.

At that last moment, right before he lunged at her, she saw that spirit of the Lord had fled his eye, and in its place was something quite demonic. He was not himself, this Saxon man – or, perhaps, he truly was himself about this moment.

Just as he came to vice her shoulders, dash her to the ground again and take her virtue from her, Nesta fell back from him to the ground deliberately. He tripped atop of her, and fell he on her dagger, stuck between his ribs! Her pretty dagger split his maille and bit within his ghastly, stinking flesh!

And then she saw within his eyes the shock and fear of death that all men feel when then their casement tastes of steel. Again was Nesta bled upon by men with passion turned to harm. He struggled, then he did, and so she turned the blade a bit. He gasped and cried! And then, another man came up the hill and grabbed the Saxon and pulled the villain off of her!

It was one the monks – the youngish one with blondish hair. The one named Guytonnet.