So You Rolled A 3: Constitution 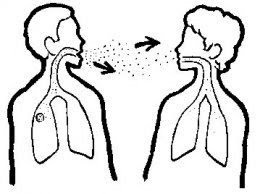 What does it mean to have a Constitution score of 3 in old the school game?

Mechanically, it means you get one fewer Hit Point (or worse) per level, but always at least one.  And more often than you would like, it's gonna be one!  So you're going to have to spend your career playing turtle a lot.  In fact, you're almost assuredly destined to play the Magic User, because none of the classes who engage in melee will live very long with so few Hit Points.

Qualitatively, it means you get sick a lot!  You never feel well.  You complain a lot because you hurt a lot.  If someone is going to catch a disease in the party, you can bet it's going to be you!  Save or Die poisons and diseases are particularly deadly to you.  You're not going to survive being turned into a newt - you won't be getting better! 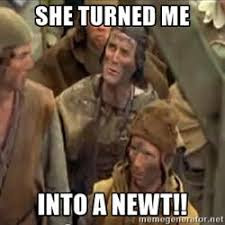 But why would you have a CON of 3?  Most people with a low CON score would have died already. Maybe you got the Pox or the Plague or the Rattle, but you were one of the "lucky" ones to survive. Maybe you are a drug addict or smoker - that would be fun to roleplay even if it's no good in real life.

What do you think a CON 3 could mean?